Characters in a book are easy to make irredeemable, but you try not to, because you get criticized for making them one dimensional. You try to put a bit of good in with the bad to give them some texture because it makes them more realistic. But sometimes that’s not true to life. Some people you encounter really are just that awful. 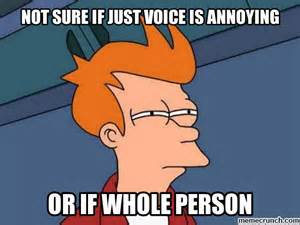 I hadn’t given it much thought until I encountered one recently. Generally, if someone is behaving badly you can write it off as a bad day, too much to drink, going through a difficult time in their lives, et cetera. From asking around, it seemed this man was genuinely what he appeared. He was loud, obnoxious and completely unattractive, both externally and internally. Literally there is no stage of drunk you could reach where he would be even tolerable. He appeared to have no knowledge of this though and regaled everyone in shouting distance of how fantastic he was. He was that stereotypical older privileged white male who travelled to third world countries a lot from the locations given for the anecdotes and you can only imagine what he got up to there. With the advent of political correctness and greater understanding of different cultures, I had thought that this type of man didn’t exist anymore. Racism and sexism are generally better hidden than in this throwback to the seventies. And I mean the 1770’s. I gained a new insight into how the atrocities towards the native inhabitants occurred when white people first arrived.

What it made me realise is that when it’s not in your face, you tend to forget stuff like this is still there. If someone isn’t drunkenly shouting absurd and increasingly vulgar statements at you, you can ignore it. A sly comment here or there, an attitude that is slightly offensive to another racial group or a patronising compliment that reinforces gender stereotypes are all easily glossed over. It is easier to ignore it than to confront someone and have your interpretation denied. In one way, it was reassuring that I wasn’t the only one disgusted by this man and that as a society we’ve come a long way. But in another, the fact that this person was still invited to social functions shows that he hasn’t had to change and is to a certain extent still tolerated.

It has made me think about who and what I find entertaining. I often laugh at outrageous things and sometimes I’m the one trying to make people laugh by saying things I probably shouldn’t. But where is the line between funny and distasteful? Between being so careful that you become bland and just being pleasant by ensuring that you don’t offend anyone? I struggle sometimes when writing to not censor the words and actions of a character, in order to avoid potentially offending anyone. But sometimes that means that the writing doesn’t ring true, because that fictional person would have said the wrong thing. Of course not every character I write is me, though I realise by this stage in my writing career that people reading a book will generally attribute any attitude expressed to the author. Understanding what is acceptable and what isn’t is difficult with the increasing globalisation of publication, where your book is available in every country almost instantly with no regard for cultural differences.

I’m lucky that I write very commercial books that aren’t taken that seriously but it has to have an impact on people trying to write works of greater literary significance. With everyone chasing publicity, trying to get their name out there ahead of all the millions of other authors, there’s sure to be someone far more offensive in their writing than I could ever imagine being. I don’t know whether that’s a good thing or not. These characters might be descriptive of real people, and while they do unfortunately exist, don’t really need more air time. Though they do make excellent villains, as long as they get offed in the end because unfortunately some times, you can’t do that in real life.

One thought on “Horrible People”