I’ve been ridiculously thrilled with some of the latest theories on the way women interact with each other and society. The poodle/wolf one was a cracker, though it only took me a nanosecond to work out that I was nether a wolf nor a poodle. Frankly, I suck at camping but well-groomed is definitely not my default factory setting. In the way that people resemble their dogs, I’ve come to the inescapable conclusion that I’m actually a golden retriever. I really don’t mind getting dirty but I like to have a shower afterwards. I’m also occasionally easily startled and have an aversion to vacuum cleaners.

The next brilliant one was the friendship bus. The theory goes that all women have a mental bus and once all the seats are full, then you can’t add another one without booting someone off. Initially, I thought, “That’s just stupid!” but then I happened to break up with two friends and suddenly, there are two more women in my life. I started thinking that maybe it wasn’t just a coincidence and maybe I did have a bus? The idea is pretty odd, but it makes sense in a way. I only have so much free time and possibly I can’t tend to more friendships that I have without compromising the quality of the emotional investment. The ones who were removed from the bus (for different reasons) led to me thinking up my own social human interactive theory (SHIT).

My own SHIT goes like this: everyone has a bullshit truck. This is a truck, varying from a ute to one of those huge mining trucks, where everyone shovels all the crap they encounter everyday. Every time they swallow the truth and give a bland, socially acceptable response instead of the one they really want to, that bullshit goes in the back of the truck, weighing it down. It accumulates and grows until the truck is full. And when the truck is full, people start being honest, despite the fallout because they can’t add any more bullshit to the pile.

My bullshit truck reached capacity a few weeks ago, and it was scary but incredibly liberating. I told the truth, I let someone know that what they were doing was not okay and got a massive amount of stuff done. When you’re not trying to be nice and easy-going, it frees up a significant amount of time and mental energy.  I wasn’t concerned with the fall-out, accepting that I would deal with whatever came later. I got on a real roll, and cleared away some jobs that I had been dreading, but it nearly got away from me. I had to phone a friend, my lovely cousin, who was the voice of absolute reason and stopped me from taking it too far and irreparably damaging a relationship that wasn’t one that I could remove from my life.

My bullshit truck emptied out and I again have the capacity for general social interaction where niceties are adhered to and feelings are spared. I don’t think I could live that way all the time, but I really enjoyed my brief veering off the tracks. It was almost like a mental holiday, with sandy beaches of frankness and the bright sun of outspokenness, topped off by the Pina Colada of candour. 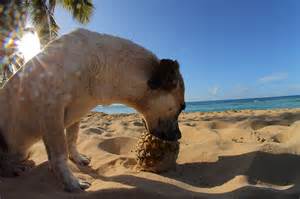